On the left side of the picture above you can see the 5L CSTR pilot reactor that was utilised to hydrotreat methanol based crude lignin oils (CLOs) (by partner Vertoro); (right) Hydrotreated CLOs after pilot operations that were subjected to downstream solvent recycle for the final production of Bio-HFO (see below). 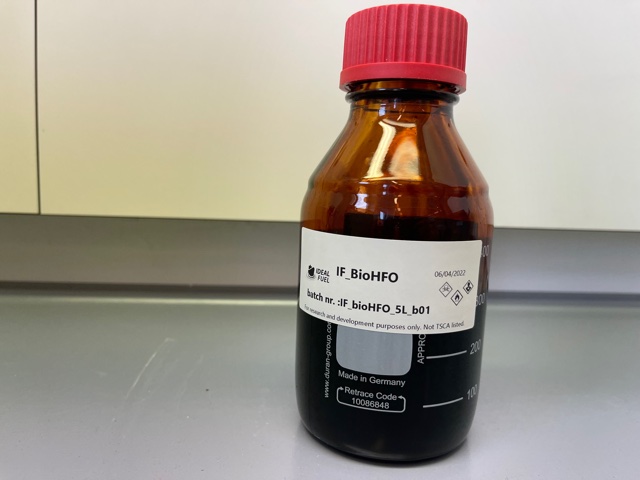